From my limited experience as a low-level elite status holder on Alaska and United Airlines for the past year, I thought upgrades to first class were practically impossible on transcontinental flights.

Then I got this alert in the middle of the night, 18 hours before my redeye, transcon flight on Alaska Airlines:

I was beyond grateful, and not just because I’d be landing in Virginia at 6am and heading to work at 9am.

The flight would be on one of Alaska Air’s remaining Virgin America birds that hadn’t been converted on the outside or inside yet.

I’d flown Virgin America a handful of times and always wondered what it’d be like to sit in those fluffy white leather recliners in the first two rows of the plane.

By the end of 2019, these will be extinct, as Alaska says this about its Virgin America aircraft: 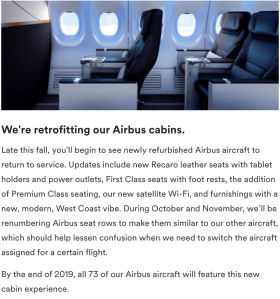 Only a few days earlier I flew from NYC to SF on the same kind of plane, but during the day, and was nowhere near even a premium economy upgrade: 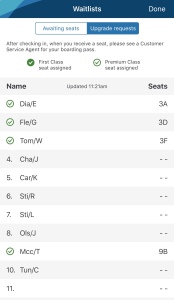 Maybe this is a result of being crazy enough to choose a redeye in the first place, but here’s what the upgrade list for the Sunday night redeye looked like:

On all but one of the dozen flights I took as a United Airlines Silver (bottom tier) status-holder, the upgrade list had dozens of people on it, and I was always near the bottom. So it was surprising being on a list with only two people on it. 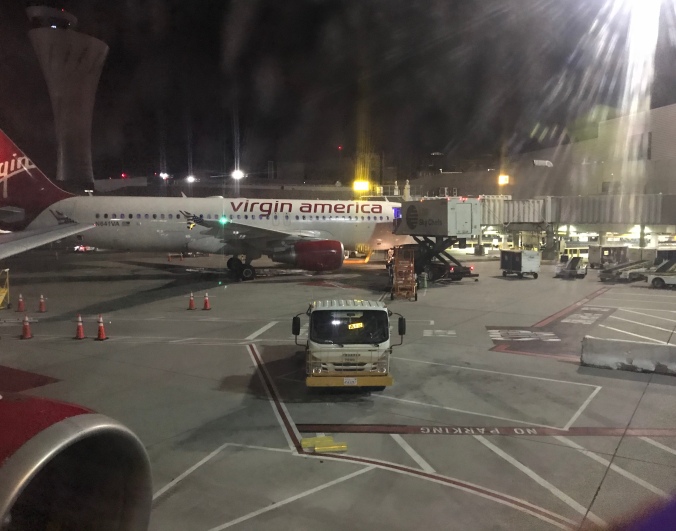 It was fun, and the seats were as comfy as they look. Feels like sitting in a leather recliner.

The classic Virgin America mood lighting makes it tough to get photos, but here’s what the leg room looks like: 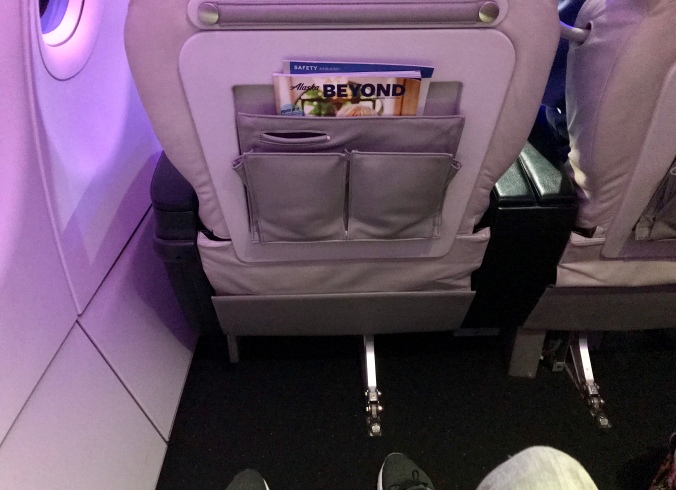 The seats have a confusing-at-first panel on the armrest where you can control your recline.

It was the closest to a lie-flat seat I’ve ever flown in: 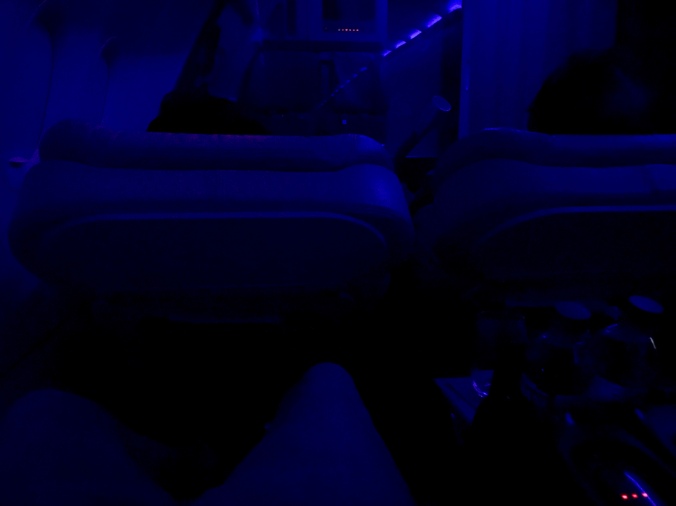 How did you sleep?

I don’t feel that I slept more or better than I’ve slept on other redeye flights I’ve taken, all in economy class.

But it was definitely much more comfortable.

Yep, not too long after taking off around 10pm, the friendly flight attendant brought out hot towels, followed by complimentary food and drinks.

I forget what the other option was, but I went with a sandwich and lentil soup combo.

It may not look like much, but I thought it was tasty.

After dinner I fidgeted with my recliner until I got it as reclined as it would go, then bobbed in and out of sleep for a few hours.

I didn’t purchase it, but it was available: 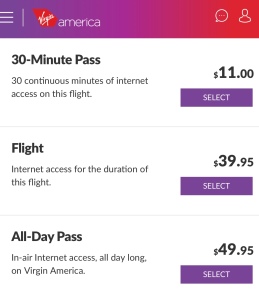 I always try to sit on the left side of the plane when flying out of SFO, for a chance at a view that never gets old:

One day I will try taking this photo with a real camera.

As many people do, I grew fond of SF during the three years I lived near it, so I now get sentimental when flying over it.

After ascending by the city, we banked east and headed back to the humid coast of my childhood. 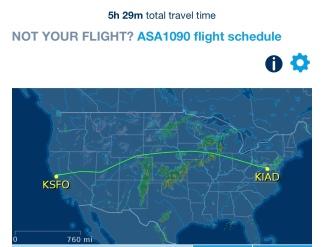 Interested in a more comprehensive review of Virgin America/Alaska first class? Here’s one.