It was late on a chilly night, a few days after Thanksgiving last year, when the flight deal alerts started going out on Twitter — flights from almost anywhere in the U.S. to New Zealand were on sale for around $400 round trip on United.com.

Here is what I tweeted.

Considering that round trips to New Zealand typically start at around $1k, this was a superb price.

Was it an intentional Cyber Monday deal, or a mistake fare? The question remains.

Because New Zealand was at the top of my bucket list, this was the sale I’d been waiting for.

I booked the flights on United.com, but the San Francisco-NZ legs of the trip were on Air New Zealand, while the Portland-SF legs were on United.

Our Air New Zealand B777 in San Francisco.

Air NZ’s marketing must have gotten to me over the years, because I had lofty expectations for my first trip with the airline.

So how were the flights?

Enjoyable, even though the ~12-hour flight over to NZ had us sitting in the middle two seats of the B777 10-wide row (3-4-3 seat configuration). 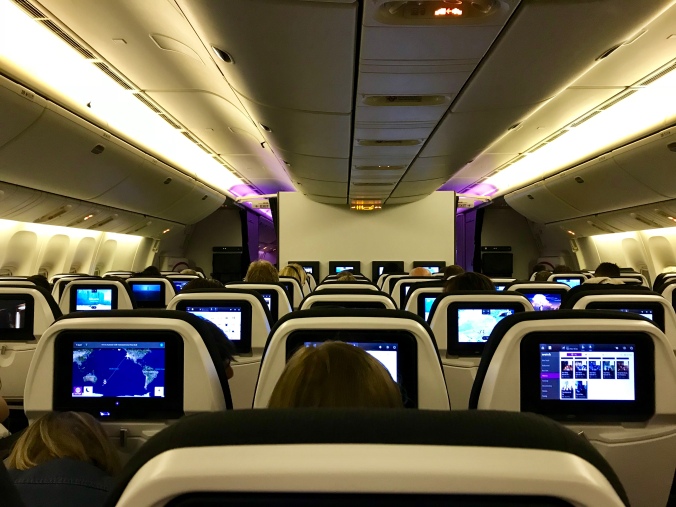 It was only a month or two before the trip that I realized I could select my Air NZ seats by finding my Air NZ confirmation code (edited below) in the United app — by tapping the “Additional information” option within my reservation — then using that on Air NZ’s site to select my seats: 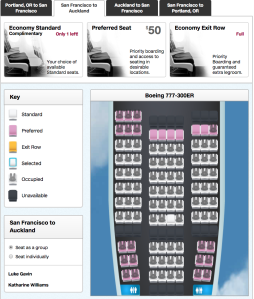 The middle seats were the only ones available by the time I figured that out.

They weren’t spacious, but they passed my leg room test: there was enough room to stretch my legs out under the seat in front of me.

There were easily accessible power outlets, though I didn’t use them because the seat-back screens offered more than enough content to keep me entertained during my waking hours.

It was similar quality to the meals I’ve had on international flights on Finnair, American Air and KLM.

Definitely nothing to complain about, though admittedly I expected to be more impressed.

They were pouring NZ wines that I’m guessing were decent quality, but I’m not a wine person, so it just tasted like wine.

Okay, so my reporting kinda failed on this one.

Air NZ is in the process of rolling out Wi-Fi, but our airplane on the way over didn’t have it.

On the way home, I didn’t realize that we did have Wi-Fi until 20 minutes prior to landing.

I quickly connected to it, and it seemed to work, but I didn’t have time to test out how well it worked. 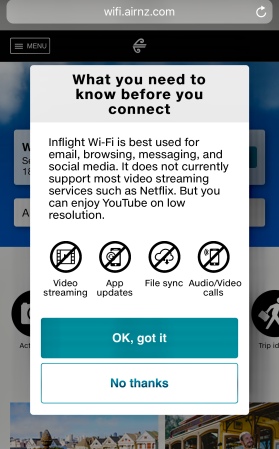 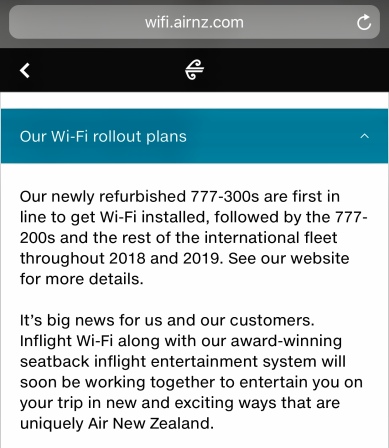 The pricing is pretty reasonable:

About $16 USD for a full flight pass.

How many United miles did you earn for the trip?

I’m nowhere near reaching the spend requirement to re-qualify for elite status, so those PQMs won’t do anything.

Were there any elite benefits on Air NZ for being a United Silver member?

Unfortunately, no, other than the mileage bonus. 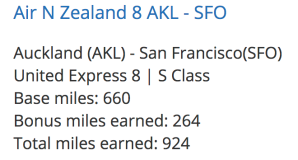 I searched high and low on the Web hoping there would be a seat selection advantage or something — especially since I booked the flight on United.com — but  I couldn’t find anything about it, and sure enough there weren’t any benefits to be found (as I confirmed with United on Twitter).

I did at least get to select Economy Plus seats for the two domestic United flights.

I’m not very ambitious when it comes to travel hacking my way to business/first class, but I did try to grab a few photos on my trek to the back, for readers who are into it (seat map here): 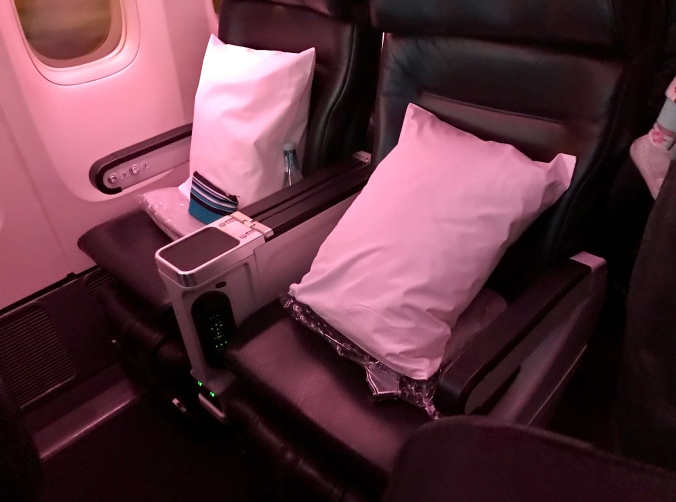 And the photo below is of the Skycouch row right across the aisle from me.

What is that? Well, a cushion pops up from under the seat, and the row turns into a couch of sorts.

I saw families using it, and it looked pretty cramped. But definitely could be a nice option, especially if you’re under 61 inches tall (the length of the couch). 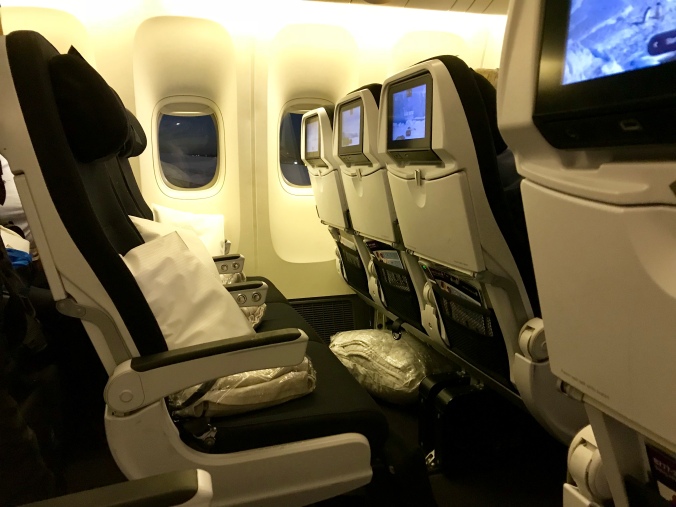 The flight home, we left Tuesday evening and got back to the States Tuesday afternoon.

Spending ~25 hours for a round trip in economy class is a nightmare for some travel hackers, but I found flying Air NZ to be comfortable and enjoyable.