Uber is almost done its “180 days of change” improvement initiative for drivers, and one of the best improvements yet is set to roll out in December. 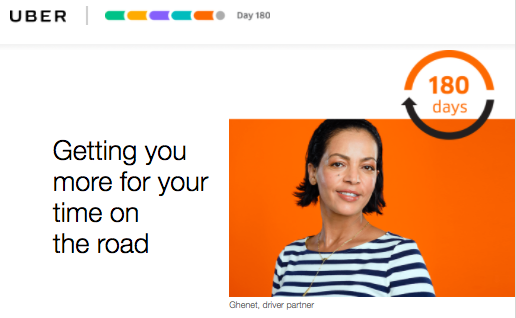 Screenshot from an Uber email to drivers.

Uber will finally start compensating drivers for the drive to pick up passengers who are farther away than normal.

This was the first thing on my list of three things Uber needed to do to make Uber drivers stop quitting.

How will it work?

Drivers will have a “Long Pickup Threshold,” like, say, 10 minutes, depending on the market.

After 10 minutes of driving toward the passenger for pickup, the driver starts earning a “Long Pickup Fee,” which is based on normal time and distance rates.

Uber posted some details here, but it’s not yet clear: how Uber will explain these updates to riders, whether the rider will be fully responsible for the fee, or whether Uber will be chipping in money for this fee (since it’s not the rider’s fault that Uber offers a service that can’t always be provided).

Incentivizing drivers to accept ride requests that are far away makes perfect sense.

Here are a few other no-brainer changes Uber has made the past few months: 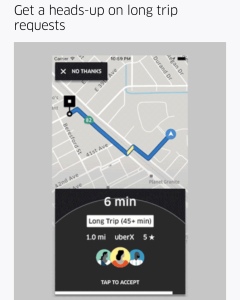 A lot of these changes were long overdue, but there is still one change Uber could make that would benefit both drivers and riders:

Include the destination in the ride request.

Drivers can’t see where you are going until they start your ride when you get in the car.

It’s not fun having to spend time in a car with a driver who is ticked off that he/she has to take you to your isolated suburb.

That may be why you often see Priuses speeding through your neighborhood. They’re drivers trying to get back to where they can make some money.

I recently had a driver accept my request, then call to ask where I was heading from the Dulles airport.

I was in the restroom so I didn’t answer.

The driver proceeded to start my ride — without me in the car — then end my ride upon deciding that my destination wasn’t desirable.

I lost 10 minutes of my life waiting for a non-existent ride, then several more messaging Uber for a refund on my non-ride.

It’s not just SFO though.

I replied to the Tweet saying I don’t blame drivers for this practice.

It’s a hustle for many people, not a hobby, so doing what you’ve gotta do to make a living is understandable.

But it’s frustrating for all parties and could be easily avoided by including the destination in the ride request.

What if no driver accepts your ride due to its undesirable destination?

Uber could then give you the option to add a pre-ride tip to incentivize a driver to accept your request. Or something.