Spirit Airlines baited media outlets into providing free publicity a few months ago with a 99% off sale.

In reality, it was an average sale from which a small percentage of people could actually get great value (due to fine print, excluded routes, and all the best deals being insanely long itineraries).

Frontier seems to be trying out this marketing method this month, offering three 75% off promos and three 90% off promos in August alone.

We mentioned yesterday how the current 90% off sale to/from Florida excludes a ton of routes.

Today they announced this month’s third 75% off sale, with way more excluded routes than I’ve ever seen. 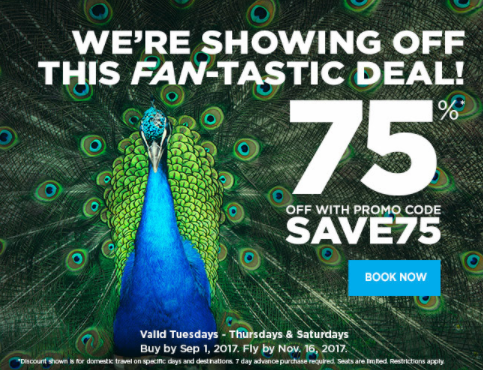 The excluded routes list is extremely tall. Check it out here. Or here: 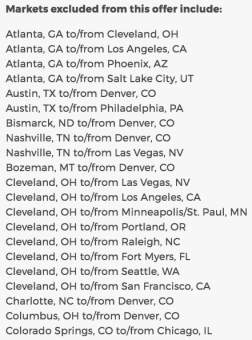 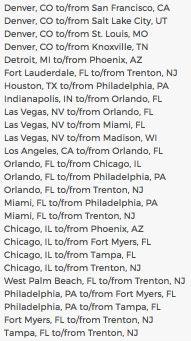 Obviously there are still some routes that are eligible, so this sale could work for some people, but that exclusions list is ridiculous.

On the positive side, the “Penny Plus Fares” sale Frontier offered this week was much more straightforward.

You could view all the destinations that the sale applied to from your specific departure airport, and some routes were going for $10 or $15 total.

New Easy Journeys policy: we’ll Tweet about Frontier sales instead of blogging about them, unless they are exceptionally good.

On another positive note, I flew Frontier from SF to Pittsburgh via Denver this week, and the flights were perfect.