Guinness and espresso are similar in that they’re both enthralling to watch as they settle in a glass.

It’s a golden storm of swirling bubbles that magically shimmer up to the surface.

Skip to 1:00 in this Starbucks video for a look at espresso:

As a former Starbucks barista, I’ve pulled many an espresso shot.

But I’ve always dreamed of pulling my own pint of Guinness.

*Update 6.15: Bad news — Air Canada moved its LAX lounge to Terminal 6, and it’s no longer a Priority Pass lounge. Delta took over the location in Terminal 2. This review is now an obituary.*

They have a self-serve row of beers on tap:

Pulling my pint was everything I hoped it would be, though I’m sure my technique could use some work.

Here’s a how-to from Guinness:

Air Canada has only a few U.S. lounges:

This was my first Air Canada encounter, having never flown with them or visited one of their lounges, and it was free, thanks to my Priority Pass membership.

The evening sun was shining out the door when I arrived. 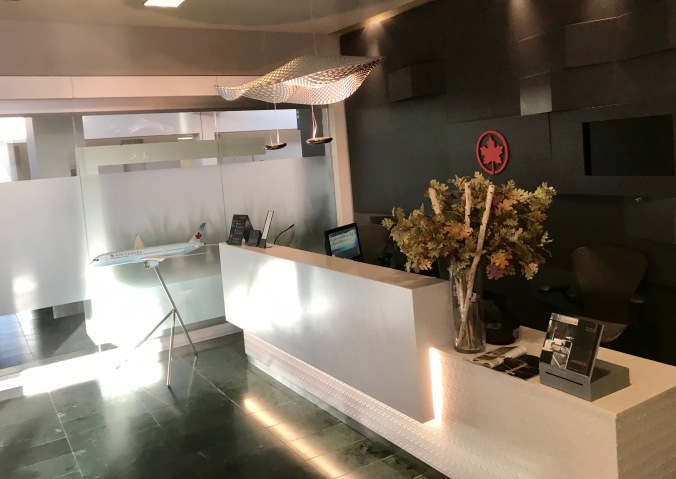 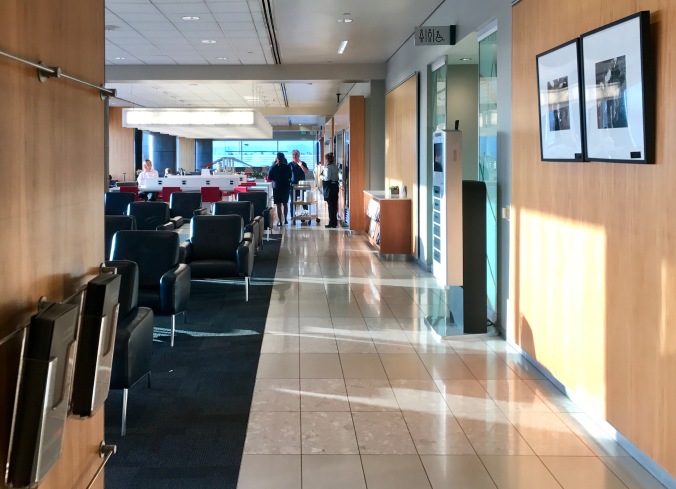 The small buffet of snacks wasn’t the most appetizing I’ve seen, but everything else was sleek and well-kept. 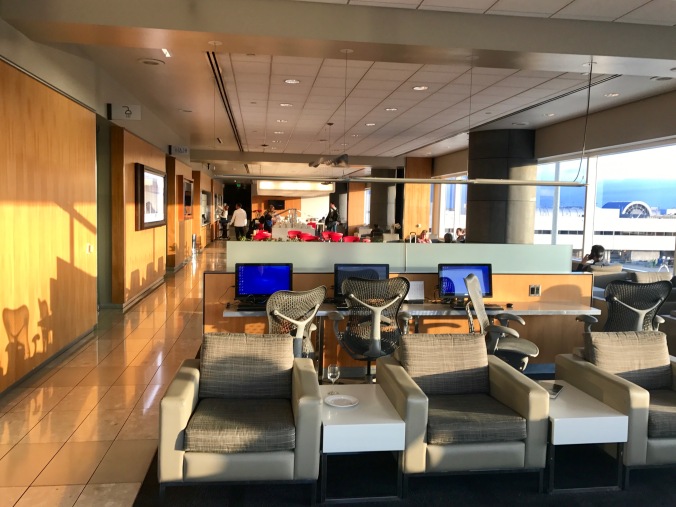 There were only a handful of people there, most of whom were sleeping in a nook at the back of the lounge: 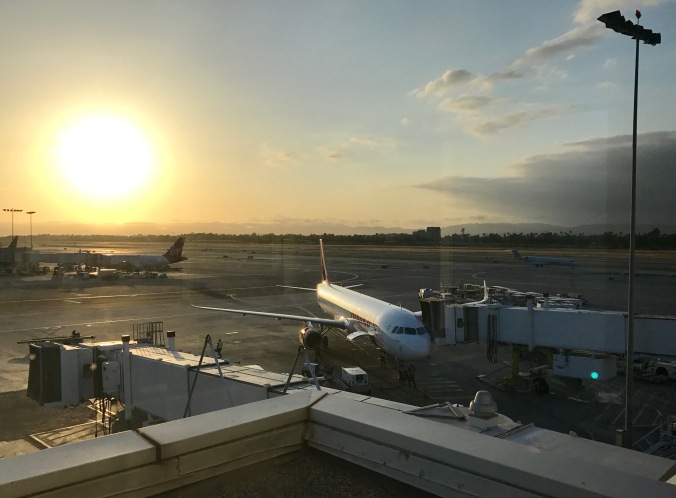 The lounge has this pretty cool charging station where you can place your device in a drawer to charge, with a passcode for safekeeping:

Showers, Guinness, & nice views of the sunset and aircraft coming and going.

The food selection, while not bad, could use some improvement. 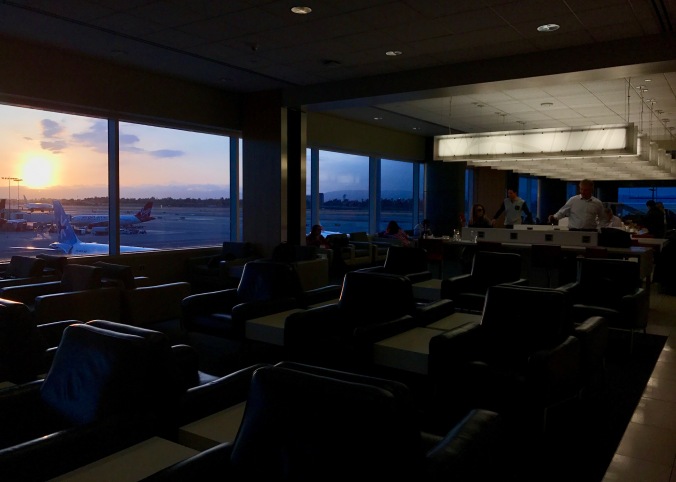 If you’re near Terminal 2, this could be the perfect respite from the buzz below. 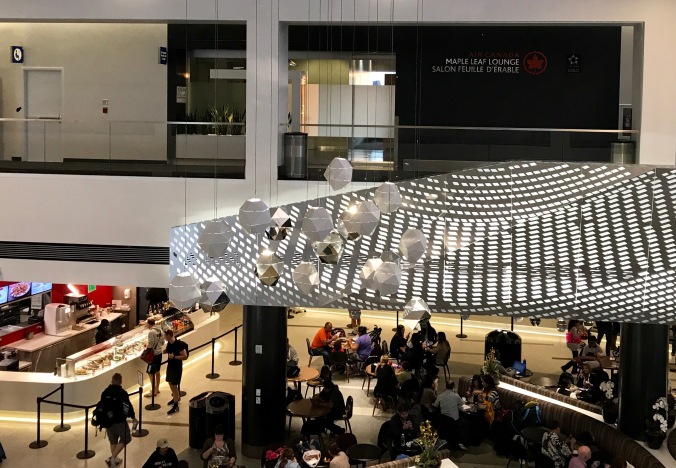