That headline is opinion-based obviously, and I definitely haven’t tried craft beer from everywhere in the world.

But two brothers opened a gastropub in Huatulco, Mexico with a masterfully curated collection of craft brews from across Mexico, and it’s there that I recently experienced several of the best craft beers I’ve ever had.

Their pub is called Agua Bendita, which is Holy Water en inglés.

This isn’t a snobby gastropub.

You just choose the beer you want to try from the fridge, order food if you want, and pop-a-squat at a table.

The beer fridge is split up by the different styles of beer, so they have a wide selection for almost any taste.

The chef is the girlfriend of one of the brothers, and, not being dramatic, she made the tastiest, limiest guacamole, as well as a plate of smoked, grilled cheese of some kind.

Ever seen a beer with studs on it? Now you have. It tastes really good. 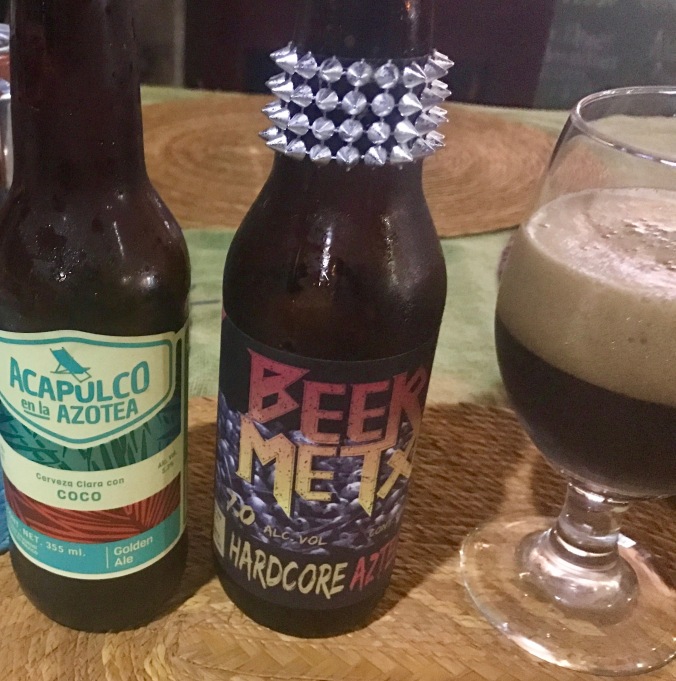 I’m not an IPA-or-nothing guy like many males ages 20-40, but this IPA was very enjoyable (the agave syrup balances the bitterness):

Here are some of the other outstanding brews I got to try: 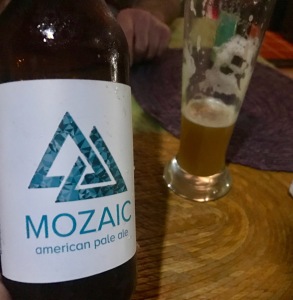 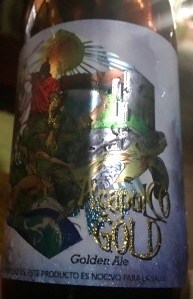 If you like beer and ever get anywhere close to Huatulco, definitely stop at this place.

Here’s a review of the Holiday Inn Huatulco, which is only two blocks down the street from Agua Bendita.