The business class fliers were already nestled into their seats as I started down the aisle in Mexico City, my rubber Birkenstocks squawking, sunglasses protruding from the breast pocket of my touristy, long-sleeve fishing shirt.

“Get to the back,” their wealthy faces glared as I found Row 3 and ducked in to the window seat.

I’d just run here from security, where I had to throw out a bunch of my girlfriend’s liquid skin products.

I was too late to check our big rolling suitcase, so I had to check it at the gate.

Luckily the first three legs of my first-ever business class flight were much more smooth.

Why was I there and why was I late?

About a month after I posted about how I’d never fly in Business or First Class, a crazy flight deal came along.

The late part? Long-story-short, our 20-hour layover in Mexico City ended with a taxi driver dropping us off about four miles down the road from the new Holiday Inn Express we stayed at.

After spending the day exploring the city, we ended up having to pay another taxi driver to bring our suitcase from the hotel and meet me at the airport.

I have no idea why these roundtrip flights were only $315 (which is cheaper than the normal economy class fare), but the red-eye, day-long layover aspects may have had something to do with it. 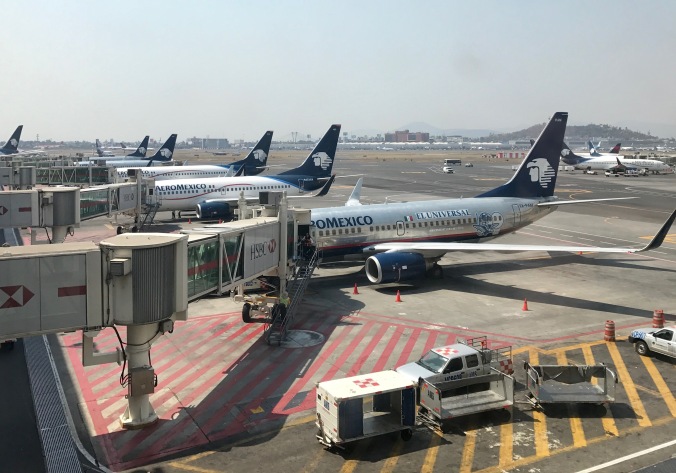 How were the flights?

The business class experience didn’t blow me away, but it was a nice change.

International terminal at SFO before a red-eye to Mexico City.

I was hoping for a bottle of pre-flight champagne like all the cool travel hackers always show off, but instead the flight attendants handed out cups of OJ and water — healthy, I like it.

The seats were comfy, though the 20 degree angle of the recliner felt a tad awkward. 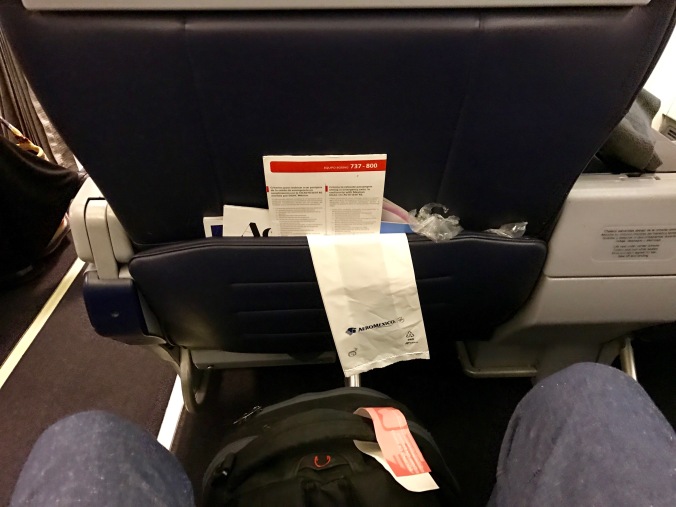 I would love to discuss the in-flight entertainment and meal aspects of this flight, but I passed out and slept through the whole ~5-hour flight, so I have no clue how they were.

I’d be the worst premium flight reviewer ever.

Leg 2: Mexico City to Huatulco on an Embraer 190

Aeromexico didn’t post the gate number for this flight until 30 minutes before the flight, and even then they posted the wrong gate, so it took some detective work to figure out how to find it.

After the long bus ride around the runway to our plane, we finally boarded: 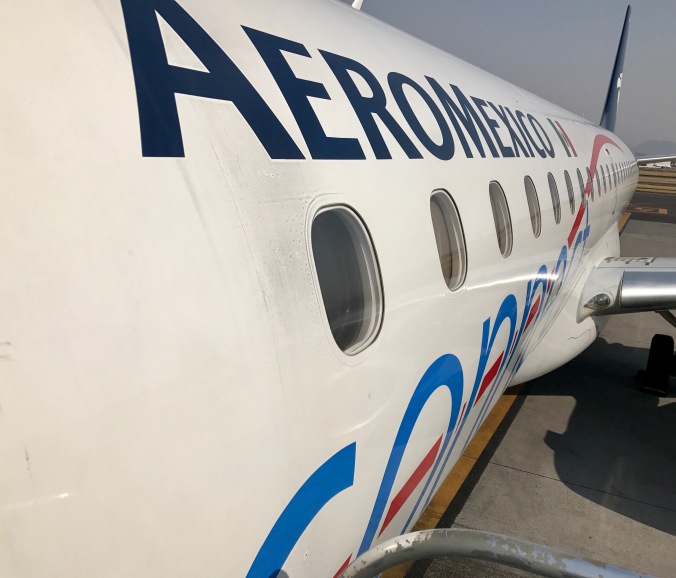 Row 2 was much more cramped than I expected, especially when the seat in front of you reclines, but I guess that’s how it goes on small regional planes.

Row 1 looked much roomier, so that’s what I’d choose for the return flight.

The flight was only about an hour, so there was no food or entertainment. 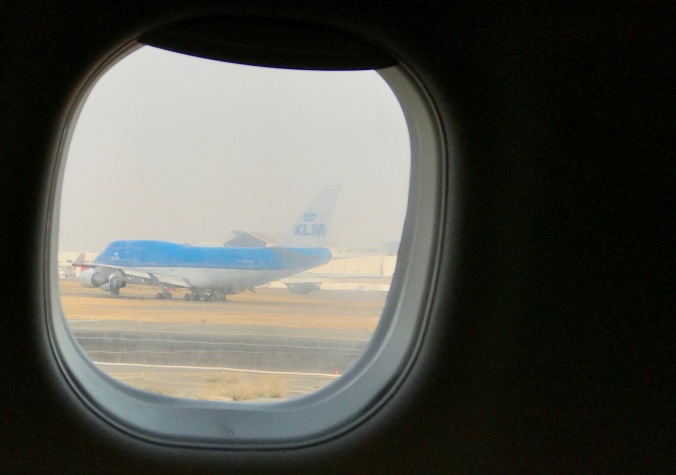 A first glimpse of Huatulco.

Leg 3: Huatulco to Mexico City on an Embraer 190

Boarding in Huatulco for return to Mexico City. 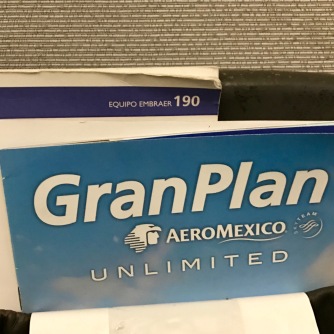 This 737 must have been older, as it lacked the recliners and seat-back screens of the 737 at the start of the trip.

At least they handed out these free Bose over-ear headsets… Those are Boses right? 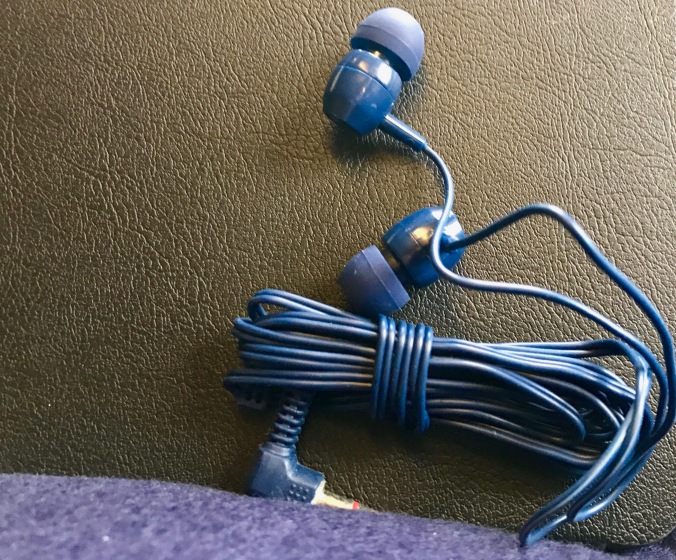 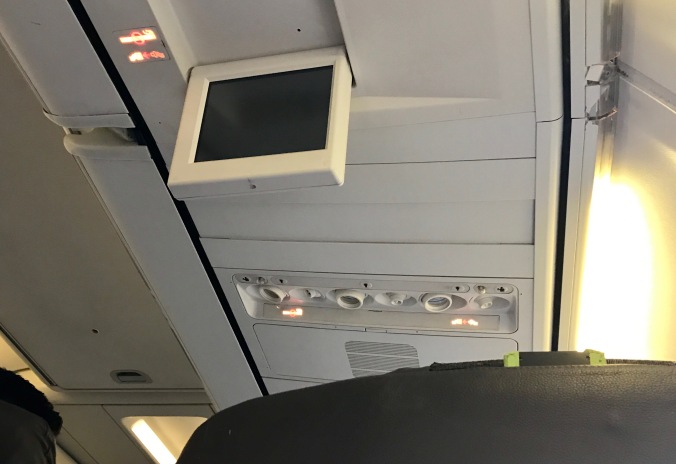 I finally got to try out Aeromexico’s food on the way home.

My standards aren’t high, but the chicken with lentils and squash were delicious:

Tasted better than it looks.

Here was the other entree option:

Overall, great flights, especially for the ridiculous price we paid.

Though I will say, Frontier’s Stretch seats aren’t far behind the competition. 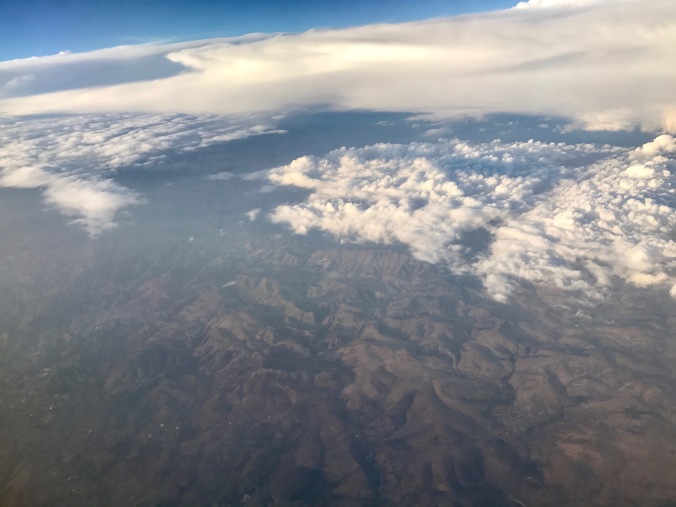 Will you fly business class again?

Naw, unless I get another crazy flight deal.

I prefer quantity over quality when it comes to flying, and I’m not swimming in points and miles like some people are.

Gorgeous! I’m hoping to have several posts about it up soon.

In case you’re interested, here is what happens when a country boy walks into a Park Hyatt.

*Update: Here is a post with some tips on visiting Huatulco.